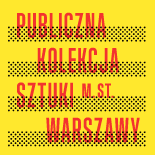 Mikołaj Iwański: The Maturing of a City-Collector

“The taxpayer or official who pays for art wants to know what his money is spent on, prompting him to ask – “What is art?”.  When he hears “painting, sculpture, poetry, theatre etc” he stops, satisfied.  He wants to invest his capital in a solid asset, ideally in a masterpiece, eagerly constructing an edifice of art which has little to do with art.[1]

The art market doesn’t have a uniform structure – in fact it is a complex system of configurations that are often incompatible.  Nevertheless, it lends itself to a certain ordered formalization because its constituent elements are comparable, even though different collectors tend to have different motivations and expectations of art.

If we look at the city as a collector, our eyes will be opened to a whole new world of interesting, economic associations.  As we know, supply on the art market far exceeds demand.  In these conditions, the city often assumes the position of market monopsony or oligopsony (the opposite of monopoly and oligopoly, respectively), acting as the sole or one of a few buyers in an oversupplied market.  For example, you’ll find a similar market situation for delivery contracts for big, commercial chains.

When thinking about the presence of art in the city, it’s easy to see that many of the works are created with a specific location in mind –  meaning that they cannot be subject to transactions on the conventional art market.  The city authorities, besides acting as entities financing artistic activity (although there is a buffer in the form of other entities), also have key decision-making powers when it comes to permission to use specific spaces.  Of course, market models can’t be treated as a universal matrix for all relations of such type, but by referring to them, we can see that transparency of procedure and broad social participation in decision-making processes are highly desirable values.

The presence of art in the city is often looked at as a measurement of the city authority’s activity.  Art is only outwardly neutral; when it corresponds with decision-makers’ formal conceptions, it becomes an important tool in their hands and is used in various processes, often detrimentally.

Let’s take gentrification as an example – a process mainly geared toward real estate; artistic projects carried out in places with a complicated social situation can often be treated as its “analogue”, as both often follow the same logic.  A way out of the political entanglement could be to focus on working with people instead of creating material trinkets  – assuming such approach could reduce the danger of unintentionally supporting gentrification trends.  By the way, it’s worth remembering that artists applying for government grants are up against the general chaos governing policy on urban space management in cities, the efficient lobbying of developers and a plethora of tenancy issues, so they need a great deal of intuition and self-awareness.[2]

Many decision makers, however, display a pure collector’s passion when it comes to owning art objects, and are therefore inclined to treat the material results of a project as a sign of their own public activity.  Working with people, however, requires much more time, and often more engagement from the artists themselves.  A perfect example might be the project by Paweł Althamer, in particular the commemorative rubber figure, Guma.[3]  It’s worth mentioning the myth of activism – which often works against artists and pressurizes them to cooperate under complicated terms and conditions, which ultimately has a negative effect on the ultimate evaluation of their work.

The issue of apparent neutrality of artistic activity is probably the most sensitive issue for artists carrying out projects in Polish urban spaces.  Stanisław Krastowicz gave a sensible piece of advice to artists executing projects financed by local authorities: Never give in to the authorities, particularly when they pay you for what you do.[4]

Mikołaj Iwański – economist, philosophy graduate from the Adam Mickiewicz University in Poznan, awarded a PhD from the University of Economics in Poznan on the subject of the Polish contemporary art market.  Cooperates with, among others “Magazyn Sztuki” and Obieg.pl.